Freshly retired from a 15-year career in the military, Sean McNair took a start-fast approach to building and marketing his start-up lawn care business in 2021. Today, McNair and Yard Vets are mowing down the competition.

That same start-fast approach helped McNair and four fellow May 2022 St. Ambrose University Master of Business Administration graduates finish in the top 10 percent worldwide in a simulated exercise involving tens of thousands of advanced business students from across the globe.

McNair, Andrea Larsen, Dakota Solonka '21, Shelby Thede '20, and Max Rumpf '20 placed among the worldwide leaders in the Conscious Capitalism Marketplace Simulation exercise this past spring while enrolled in the MBA Capstone course (MBA 800).

The computer-scored simulation project challenged teams to build a successful start-up in the emergent industry of 3D-printed carbon fiber bicycles, with six simulations mimicking the first six quarters in the life of an entrepreneurial business launch.

"This is an extraordinary accomplishment that demonstrates the quality of our H.L. McLaughlin MBA program and our graduate students," said Maritza Espina, Dean of the Patricia VanBruwaene College of Business at SAU and Professor of the MBA 800 course.

The marketplace simulation exercise has been replicating the startup experience for graduate business students worldwide for 20 years and is currently being used in more than 700 business schools in 80 countries.

By participating in the startup simulation the MBA students learn experientially. "It took me by surprise," Larsen said of the team's world rating. "I didn't realize the worldwide scope of the competition and how fully some of the early risks we took would work in our favor."

As one of six, five-member teams in the online MBA capstone course, the group had several discussions before beginning the simulation exercise and opted for what Larsen described as a "risk-reward" approach.

The team invested heavily in research and development as early as possible. They received a few notices via the software program's feedback algorithm that they were right at the edge of stressing their budget beyond what the simulation would allow. Solonka's expertise in finance helped keep the budget in order while still facilitating quarter-to-quarter growth.

"He helped in understanding the risks we were taking weighed against the rewards if we decided to go for it," Larsen said.

McNair said the team opted to build prototypes of bicycles aimed at three distinct markets: speed, mountain, and recreational. Market testing showed lesser interest from the recreational market. The earliest indication the strategy would pay dividends was when the first returns with the "industry" (aka, the SAU MBA 800 class) came in. "We could see how we compared to other teams," said Larsen, who noted a balanced scorecard via the simulation model showed their team consistently in the lead.

The second indication of impending success was a venture capital fair, where teams worked to convince 10 College of Business professors to "invest" in their operation. Teams also did a mock evaluation of their business and issued stock.

At every step, the team thrived. The simulation forced teams to do the necessary quarter-by-quarter work of getting a start-up business up and moving. Per the Marketplace Simulation website, students interpreted market feedback, assessed competition, and quickly adjusted strategy. McNair said their team shelved a line of recreational bikes early on based on market feedback and, based on product assessment, later made the expensive but necessary production adjustments to strengthen the frames of their mountain bikes.

Although each of the SAU teams successfully completed and learned from the capstone exercise, McNair, Larsen, Thede, Solonka, and Rumpf earned a literal badge of honor: a digital Top 10 percent badge to link to resumes and social media to trumpet their significant achievement.

Thede, a former SAU Swimming and Diving team member who served as a graduate assistant coach in 2021-22, likened the achievement to a gold-medal-winning race.

"It is awesome," she said of the achievement. "We kind of said, 'Hey, let's go out with a bang in the beginning and see where it takes us.' Almost anything you do today, you've got to start big. You can finish bigger." 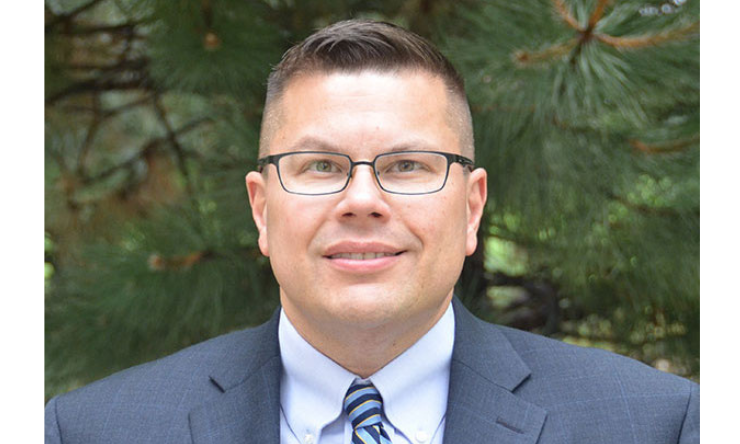