Prayer Space for Students of Islamic and Other Faiths Dedicated in Name of the Late Fr. Joe DeFrancisco

Three fellow St. Ambrose University priests and educators were joined on the altar by a rabbi, an imam, an Anglican priest and a Lutheran chaplain when the life of Rev. Joe DeFrancisco was celebrated following his death at the age of 69 in July of 2017.

Among a group of current and former St. Ambrose students who served as pallbearers were four students who came from Saudi Arabia to study engineering at St. Ambrose. The Saudis had been students in Fr. DeFrancisco's World Religions Theology course earlier in their academic careers and were moved to tears at the news of his passing.

On Tuesday, May 8, St. Ambrose University dedicated a room that will be available for daily prayer to students of the Islamic faith as well as students of other religions who prefer to pray somewhere other than Christ the King Chapel.

The interfaith prayer room was named in Fr. DeFrancisco's honor as an acknowledgment of his efforts to promote the universality of faiths throughout a 27-year career as a St. Ambrose professor of Theology.

"This is a truly appropriate way to honor Fr. Joe," said Sr. Lescinski. "His openness to all members of the Quad Cities faith community was a living example of the Catholic Intellectual Tradition. Former students still talk about the impact visits to temples and mosques had on them as members of his Comparative Religions class."

The prayer space replaces a much smaller area on campus and is built to suit the specific needs of students of the Islamic faith. It was proposed last fall by senior Student Government Association President Matthew Mahoney in consultation with the Saudi Student Association, but Mahoney said the idea actually began with a suggestion by Fr. DeFrancisco himself in the spring of 2017. 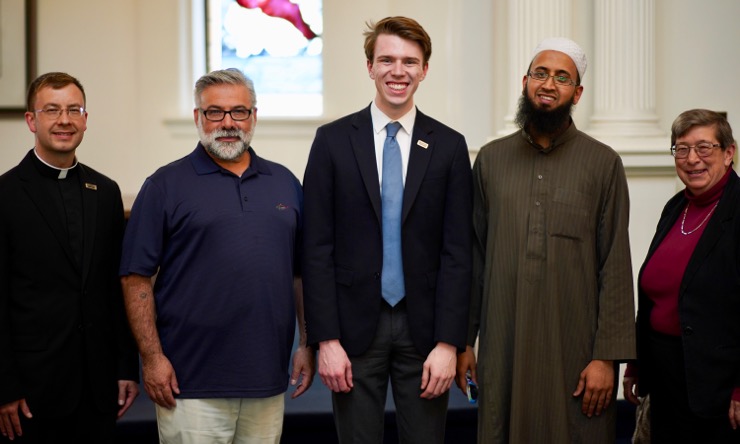 "I happened to be in the chapel one evening when Fr. Joe was meeting with the Saudi Student Association," Mahoney said. "Fr. Joe was so welcoming to them and brought them a ton of food and then started talking about how they really didn't have very much space to pray. After Fr. Joe passed away, I thought, ‘Why don't we do something about this?'"

Mahoney said the Saudi Student Association leadership was pleased when he proposed naming the space in Fr. DeFrancisco's honor.

"They said it was perfect," he said. "I can't imagine there are many Islamic prayer spaces that are named after Catholic priests."

Said Saudi engineering student Meshari Basaffar: "Fr. Joe was one of the best professors in my life. As a Muslim engineering student at St. Ambrose, I wasn't interested in learning Theology. At first, I only took it because it is a required general education course. However, after learning from Fr. Joe, I loved Theology classes. He was very respectful to everyone and he was a very modest man. He was open to any discussion and questions. And his sense of humor made it fun to come to school."

"His interest in finding a prayer space for the Muslim students means a lot. And I'm so happy that his wishes came true. The least we can do as a community to name the prayer space after Fr. Joe. He will always be remembered in our hearts." 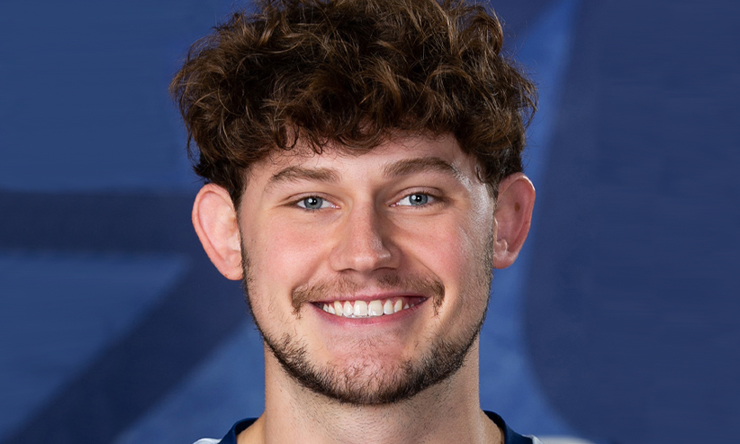