Sometimes It's Just About Asking the Question

Home Sometimes It's Just About Asking the Question

Alex Cahill '08 advises all St. Ambrose students to plan on a lifetime of curiosity.

That's among the foremost gifts Cahill said he took away from an SAU education firmly grounded in the liberal arts.

Cahill is an attorney advisor for the Department of the Army, U.S. Army Materiel Command, Legal Center at the Rock Island Arsenal. He graduated with a Bachelor of Arts degree in History, a second degree in Political Science, and a minor in Theology.

It was his early and continued exposure to the liberal arts, however, that both shaped his best memories of St. Ambrose and prepared him for law school and the life experiences that have followed, he said.

"The benefit of a liberal arts education is understanding there isn't one right answer," he said. "As an attorney, I present a range of options and tell them, at the end of the day, here is what the past has shown and what action could be least risky." 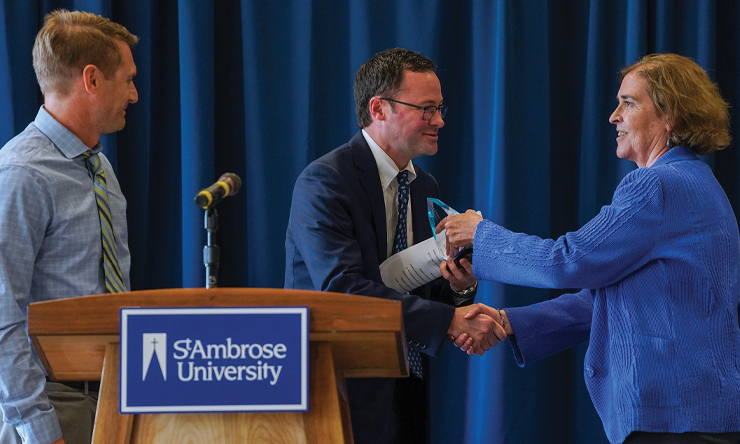 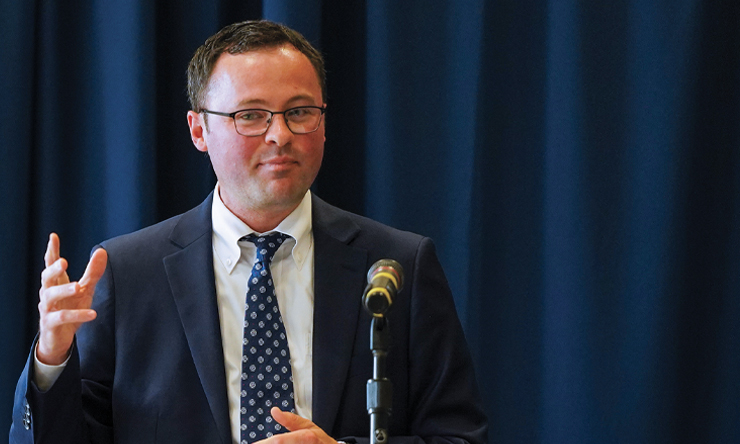 Through a range of courses in theology, the humanities, social sciences, and creative arts, Cahill learned critical thinking skills and how to appreciate multiple points of view as well as great writing and literature.

Entering college, Cahill knew he'd need a clear understanding of history and political science, and to develop excellent writing skills, in order to pursue a career in law. So, he specifically sought a liberal arts-grounded education. At St. Ambrose, his view of the study of liberal arts shifted from academic necessity to full appreciation.

Through a range of courses in theology, the humanities, social sciences, and creative arts, Cahill said he gained the ability to read and think critically, to appreciate multiple points of view as well as great writing and literature. "I like that sometimes there is no clear answer, that sometimes it is just about asking the question," Cahill said.

"The liberal arts taught me how to empathize with people and that history, if it isn't repeating itself, it at least has an ongoing rhythm, and we are all in this conversation and experience together," he said.

Those lessons flowed through every aspect of his Ambrosian experience. As a member of the Student Government Association and a resident adviser, Cahill was able to meet students where they were and understand the challenges they faced or the perspective they offered. And he carried those skills, values and experiences to the Hamline University School of Law in Minneapolis, where, as a student, he specialized in dispute resolution.

"To resolve a dispute, you have to understand where people are coming from, and it requires empathy. I had the ability to step back and try to understand their viewpoint," he said.

Because he values his education so deeply, Cahill remains closely tied to the university. He attends events and lectures, provides career advice to students and participates in panel discussions. He is a member of the board of the Academy for the Study of Saint Ambrose of Milan and has attended several alumni study trips to Rome.

Last fall, the St. Ambrose College of Arts and Sciences recognized Cahill with the Emerging Leader Alumnus Award for his accomplishments and support of the university and its students.

"The university has presented me with so many opportunities," he said. "My involvement is an easy way to say thank you and do my part."