Stories of Death, Poverty and Uplifting Resilience South of the Border

Home Stories of Death, Poverty and Uplifting Resilience South of the Border

Franc Contreras was mere hours from returning to St. Ambrose for the first time since his May 1987 graduation when one of the many major news stories he has reported as a foreign correspondent in Mexico shook up those plans.

This time, quite literally.

When a 7.1 magnitude earthquake killed 370 people in central Mexico, including 228 in his adopted hometown of Mexico City, Contreras scuttled his SAU Homecoming plans late last September, picked up his camera and went about the important business of sharing the quake's impact with the world as a freelance reporter for the global television network Al Jazeera English.

The deadly earthquake was another in a long list of heart-wrenching stories Contreras has reported since he moved to Mexico in 1996 to serve as the country's primary correspondent for Latino USA Radio. He previously had worked in the U.S. as a producer for the Latino USA network and for National Public Radio's award-winning program, All Things Considered. Over 21 years in Mexico, he also has collaborated extensively for BBC World Service radio and other news agencies.

Working as a foreign correspondent in a country where drug cartels and corrupt officials frequently kill journalists they see as threats, Contreras said he has feared for his life on a few occasions. Just as harrowing, however, has been the work of bearing witness to gruesome deaths of scores of local journalists, drug-war combatants and, especially, innocents caught in the battle's crossfire. 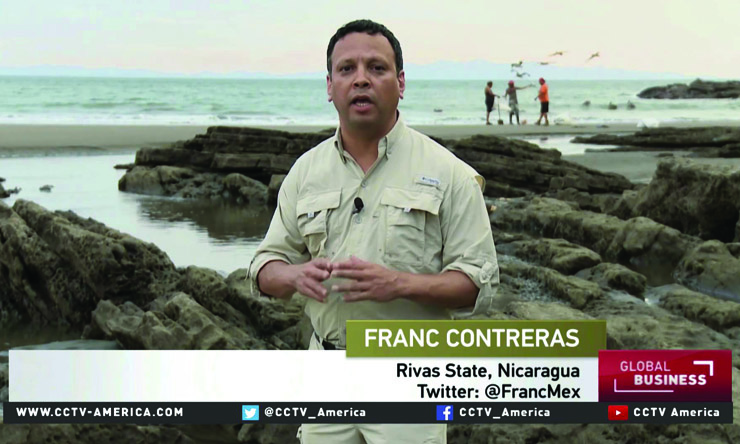 "I saw some things that I just don't want to talk about- a lot of dead bodies, a lot of visits to the morgue, a lot of shootouts," he said. "I also have seen a lot of very desperate poverty. And I wonder which of those things has weighed most heavily on my soul."

The heartache, however, hasn't caused him to reconsider a vocation that offers rewards stretching far beyond a paycheck.

"I have seen every state in Mexico three or four times. I've heard dozens of indigenous languages I could never hope to understand," he said. "I have also seen some amazing, brilliant moments where people in a country we think of as less than our own have shown me a thing or two about what life really means. It has been a pretty incredible experience, no doubt."

Contreras grew up in a barrio in Tucson, Arizona, but never considered crossing the nearby Mexican border until a few years after coming north to St. Ambrose.

He left the University of Arizona after a year and was about to start a stint in the Navy when he met Rev. Tony Clark, a priest from the Diocese of Davenport, who was serving a mission with the Sanctuary Movement.

That movement brought refugees from war-torn countries such as Nicaragua and El Salvador across the border and gave them sanctuary in the Catholic Church. One night, Fr. Clark gave Contreras the keys to a van, a map to an obscure destination and instructions to park and await a knock on the vehicle's window. Soon enough, Contreras found himself driving a group of El Salvadoran peasants escaping persecution in their homeland to a sanctuary church.

On that drive, he said he felt closer to who he ultimately wanted to be than he would as a sailor. "I told Tony, 'I think I need a different path,'" Contreras recalled. "And he said, ‘I think I've got the thing for you.'"

And, so, Contreras found himself at St. Ambrose-both literally and figuratively.

Here, he said, "the brilliant Joe McCaffrey opened my mind to the world of ideas," while, in the KALA and SAUtv studios, he honed the working skills that still drive him today.

"I think St. Ambrose gave me the analytical tools to understand complex things," he said. "My studies showed me how to be a good journalist, showed me how to follow what instructor Julie McDonald told us over and over. It does matter that you get the story right."

Contreras believes his own amazing story has resulted from doors that opened at the exact right moment.

"Part of it was just the courage to do it, too," he said. "Sometimes I took jobs where I was making $100 a month. When I moved to Mexico, I spoke no Spanish. I learned it in the streets. So it was kind of a great series of leaps of faith. And one of those was a leap of faith to go from Tucson to Davenport. To me, it was like going to a different culture. I learned so much and have so many good memories. And I still love corn."

The St. Ambrose University Veterans Recruitment and Services Office is leading a year-long project to collect and share the stories of 300 veterans interred at the Rock Island National Cemetery as a way to honor their legacies and educate K-12 students about those who fought for American freedom and ideals.

Melina Garcia was a high school freshman when she began making college visits. Her parents were OK with their 15-year-old daughter missing classes to tour a campus because it was a fact – not a question – that she would attend college.

Faith McCubbin knows where she is going – forward, head-on into her future. She can see it, feel it, and can't wait to embrace it. Now a junior, her view wasn't as confident when she first came to St. Ambrose as a first-generation student.