This month marked a triumphant return to acting for many students' favorite theatre professor at St. Ambrose, Dr. Corinne Johnson.

That's right, Dr. Johnson performed in The Goat, or Who Is Sylvia? This play is as difficult to describe as it is to talk about. Despite its comedic nature, it certainly should not be called a comedy, and it definitely cannot be taken lightly. It's a play that asks a lot of questions about the taboos in the world and isn't looking to give any answers either – at least not any easy ones.

Johnson described the play by saying: "You prepare for things in life, but not this." The play is about exploring societal taboos and finding the humanity in what others see as inhumane.

Despite being written in 2000, the play is still incredibly relevant. Edward Albee wrote the play about being an out-of-the-closet gay man in the public spotlight during the AIDS crisis. While it addresses both subjects a great deal, the play can be viewed as a discussion of love, taboos, and the limits of each.

Johnson played the role of Stevie, the wife of the aforementioned main character, Martin (played by Mike Schulz). After studying her character, Johnson had some insight into her character and the character's reaction to Martin's secrets throughout the play. 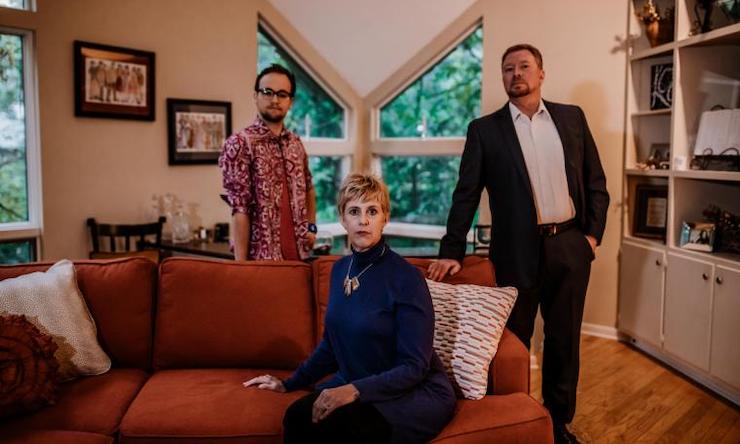 As a dedicated professor at SAU, Johnson hasn't had much time to pursue roles outside of the university. Still, she was able to dive into her character through her personal experiences.

"I haven't acted in many years," she said. "It's been a long, long time. I think I can relate to her [Stevie's] level of education, to a loving marriage, to the idea of being in love with words and being a semanticist. I think I understand her life before this incident very well. I don't think she understands her life since this incident."

Much of this play is based on Greek tragedy. Tragedy in Greek means "goat song," and a goat, clearly, is important to the play. There are also a lot of character choices and moments that are very traditional or Greek. For example, the characters face very over-the-top and intense moments that reflect the raw emotions considered standard for Greek tragedies.

However, one of the most interesting aspects of the production is the destruction of the set. Each director may take this differently, but during a conversation between Stevie and Martin, Stevie begins to break items around the house in anger.

"It's kind of like eating on stage. There's no way to eat on stage and not be believable. You're eating. So, I'm breaking things onstage, and I know that is going to be one moment where I will be believable because I am breaking things. I am truly doing it," she said. "But it is a safety concern because you really don't want to slice open your foot and have to do the rest of the show because the audience is going to be very concerned."

This controversial production premiered Oct. 25 until Nov. 3 at the Quad-City Theatre Workshop. Upcoming productions can be found at QCTheatreWorkshop.org. The QC Theatre Workshop operates on a pay-what-it's-worth system, which only asks audience members to pay what they legitimately believe the production was worth.

He was part of the ensemble of Big Fish earlier this year and will be in The Shape of Things as Phillip coming up very soon!

Her love for performing started when she was very young, but it wasn't until middle school that she finally took her talent to the stage.

Colmenares has taken part in several Ambrose productions in his six years at the University, charming audiences with his comedic sensibilities and kind demeanor, as well as gracing the stage with his singing voice.